​Bro. Roger Stacy is the Associational Missionary (Director Of Missions). He began his ministry on March 1, 2007. He pastored churches in Mississippi during his college and seminary days  He is a graduate of Blue Mountain College in Mississippi, New Orleans Baptist Theological Seminary and Trinity Theological Seminary where he earned his Doctor of Ministry degree.  He served in Utah and South Dakota in pioneer missions before being appointed by the International Mission Board in 1986. He and his wife, Penny, served in Brazil and Ukraine for 11 years before returning to the United States in 1997. Bro. Roger served ten years as Director of Missions of the Central Baptist Association in McMinnville, TN, prior to being called as the Director of Missions for Gibson Baptist Association.
Bro. Roger and his wife are both natives of Pontotoc, Mississippi. He has three children and six grandchildren.
He is a strong advocate for discipleship.  His bases his definition on Luke 9:23, "If any man will come after me, let him deny himself, and take up his cross daily, and follow me." Bro. Roger seeks to follow Jesus and live under the Lordship of Jesus Christ.
E-mail: rdstacy@gbalife.org 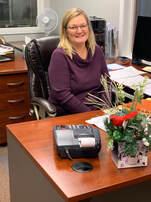